Dr. Zimmet is one of the renowned physicians sceduled to speak at ACP’s 29th Annual Congress in Orlando

Giving 8 speeches, Dr. Zimmet has been selected as one of the 96 renowned physicians and healthcare professionals from around the world to provide vein care practitioners the latest minimally invasive techniques, innovative and engaging content and opportunities for all levels of skill at the ACP’s (American College of Phlebology) 29th Annual Congress (November 12-15, 2015 | Orlando, FL). Don’t miss this opportunity to gain tools to improve your practice and enhance patient care. 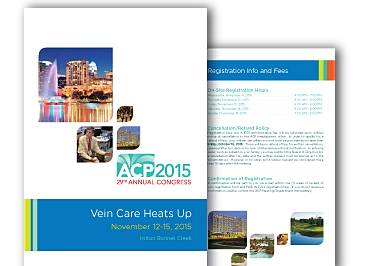 Other healthcare professionals that plan to participate:

Dr. Steven Zimmet has practiced dermatology in Austin, TX for more than three decades. He provides a wide range of skin care treatments, including laser-based treatments for the last 25 years. Dr. Zimmet makes sure that his patients are fully educated about various treatment options available in their case, and helps them make the most appropriate choices. His goal as a dermatologist is to provide outstanding, awesome, and renowned treatments to meet the patient’s aesthetic goals.

Dr. Zimmet was elected by his peers for inclusion in the Best Doctors in America Database for 2011-2012 for dermatology and phlebology. In 2013, he received the HealthTap Top Doctor Award for the “Top Aesthetic Medicine Specialist in Texas” as well as the “Most Influential Doctor in the Austin Region.” He also won the coveted Patient’s Choice Award in 2013.

The Consumers’ Research Council of America listed Dr. Zimmet in their “Guide to America’s Top Physicians.” The prestigious Vein Magazine named him as one of the 25 most influential professionals in vein care globally. The voting for this position was done by physicians in the United States as well as internationally who are connected with the field of vein care.

Dr. Zimmet has delivered more than 70 presentations during his illustrious career at various national and international medical conferences related to skin care and other fields. He has also authored a large number of articles for globally recognized medical journals and other publications. He has been serving as Editor of “Phlebology: The Journal of Venous Disease” since 2007.

Lisa P., Co-Director Livonia Vein Center, Department of Surgery, Section of Vascular Surgery, University of Michigan, said about Dr. Zimmet: “I have had the opportunity and privilege to work with Dr. Zimmet through the American College of Phlebology and the American Board of Phlebology. Not only is he an incredibly talented, intelligent and highly-respected clinician, he is also a tremendous mentor, teacher, and a true leader in his field.”